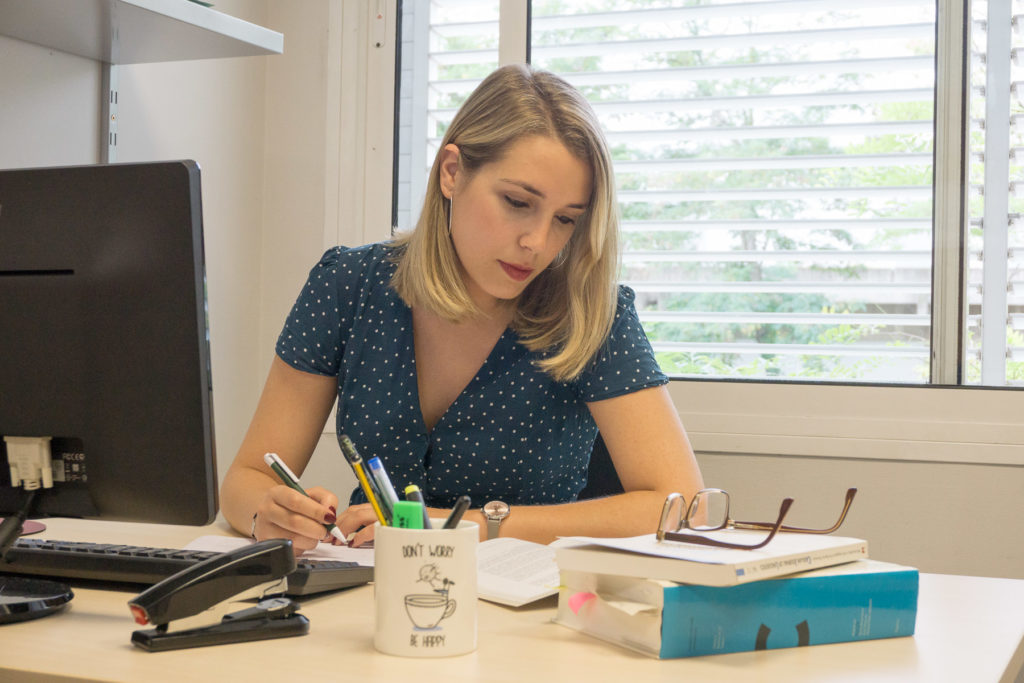 My interests focus on theoretical syntax and the lexicon-syntax interface. I am interested in the approach to syntax from a neoconstructionist perspective and, specifically, in the proposals developed in the framework of Nanosyntax. In my dissertation, entitled Aspect and argument structure in Catalan passive constructions, I study the syntax and semantics of the different passive constructions of contemporary Catalan, taking into account both dialectal and diachronic variation, and I propose an analysis of passive constructions as lexicalisation patterns of event structure in a nanosyntactic model such as the one proposed by Ramchand (2008, 2018).

The thesis, defended in September 2020, was part of the doctoral program in Cognitive Science and Language of the Centre de Lingüística Teòrica of the Autonomous University of Barcelona. My supervisor was Dr. Gemma Rigau (Autonomous University of Barcelona) and this research was funded by a predoctoral fellowship from the University Teacher Training Program (FPU) of the Spanish Ministry of Education, Culture and Sport.

In 2017, I did a research stay at the University of Tromsø (The Arctic University of Norway – UIT), in Norway, with Antonio Fábregas as my supervisor. From him I can only corroborate what everyone knows: that he is an infinite source of wisdom, that he works at a supernatural rate and that every year publishes more articles than a whole department together. In Tromsø I worked with the members of the CASTL (Center for Advanced Study in Theoretical Linguistics), to whom I am very grateful for the training I received during my stay.

So far, my desire to receive feedback, to exchange ideas with other colleagues and to receive nourishment from expert linguists, has led me to participate in different national and international conferences and to disseminate my work in various publications.

In addition to the theoretical contributions to formal analysis, I am interested in the study of variation and microvariation in Romance languages, comparative linguistics and the evolution of language.

I am a member of NEON (Neoconstructionist approaches to Spanish, Catalan and Basque), an international research network coordinated from UiT Arctic University of Norway and currently involving researchers from different countries in Europe and America, who work on the neo-constructionist analysis of ‘morphological’ objects in Spanish, Basque and Catalan. Recently, I also joined the FARM (Formal Approaches to Romance Microvariation), a research network that involve both senior and junior scholars in formulating research questions on the grammar of Romance varieties.

This website uses cookies to improve your experience while you navigate through the website. Out of these, the cookies that are categorized as necessary are stored on your browser as they are essential for the working of basic functionalities of the website. We also use third-party cookies that help us analyze and understand how you use this website. These cookies will be stored in your browser only with your consent. You also have the option to opt-out of these cookies. But opting out of some of these cookies may affect your browsing experience.
Necessary Sempre activat
Necessary cookies are absolutely essential for the website to function properly. This category only includes cookies that ensures basic functionalities and security features of the website. These cookies do not store any personal information.
Non-necessary
Any cookies that may not be particularly necessary for the website to function and is used specifically to collect user personal data via analytics, ads, other embedded contents are termed as non-necessary cookies. It is mandatory to procure user consent prior to running these cookies on your website.
DESA I ACCEPTA